I am off and running on the next project which is a quilted jerkin.
this is for a gentleman with a size 56 chest, and I will not have a chance to fit him.
I made my pattern block, then padded up a stand at work to his shape using a variety of photos as reference. 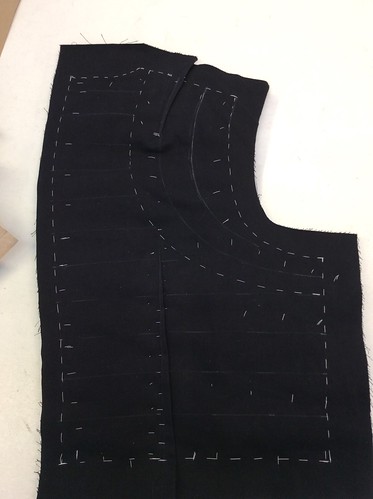 Once I corrected the pattern, I marked it onto the base fabric. I also drew out all the quilting lines and sewed the darts. 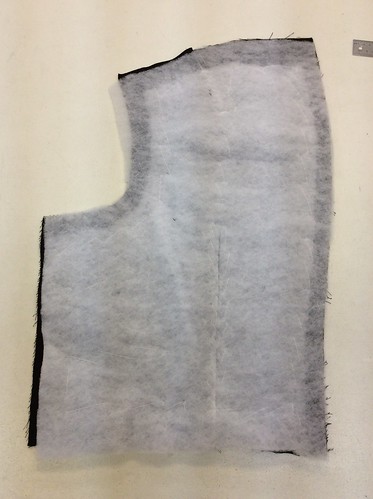 On the outside of the base, I basted the batting in place over a ham to keep the shape from being flattened. I then cut away one of the batting layers to reduce bulk in the seam allowance. 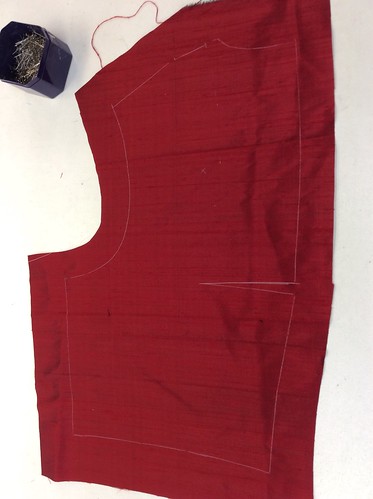 I transferred the vertical dart I used in the base to a new horizontal position that will align with a quilting line.
Sew the dart closed than baste the silk fabric to the base matching the dart with my quilt line position. 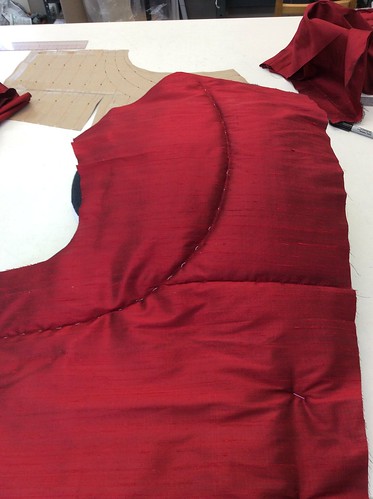 Then I sewed the first quilt line along my dart by machine from the inside.
Once that was complete, I basted the vertical curved quilting line and then sewed it by machine as well. 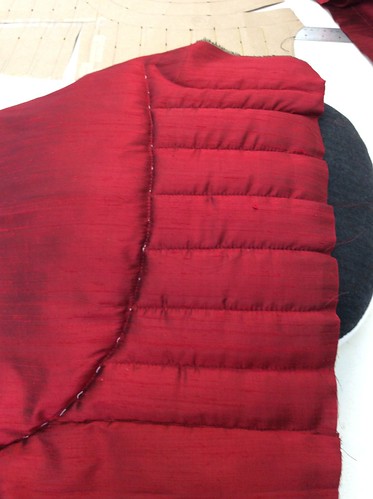 The next step was to quilt upwards from the first line. Then downwards towards the waisr, and then the remaining vertical quilt lines around the armhole. 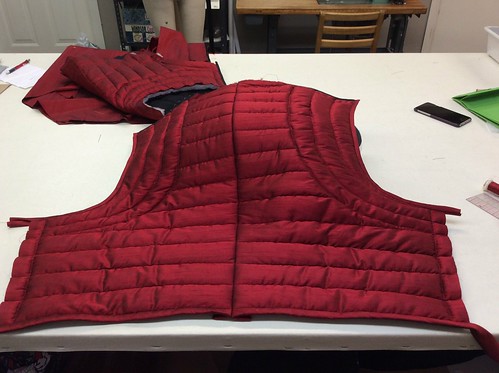 Do the same process to the other half of the back. Bind off the armholes and bottom edges. The CB seam allowances had a hong kong bias finish, then I joined the centre back seam.
Then I will bind the neckline with bias so it looks like the armhole finish.
Then I am onto the fronts.

Its a very nice red, quite seasonal in fact! 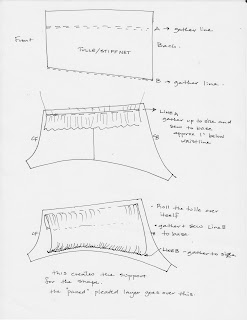 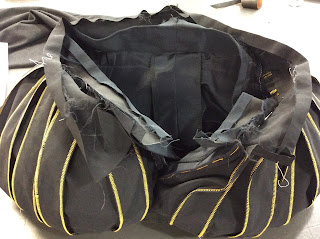 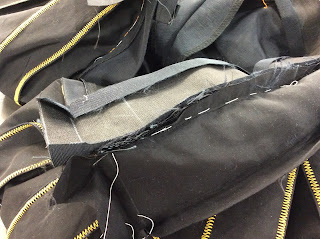 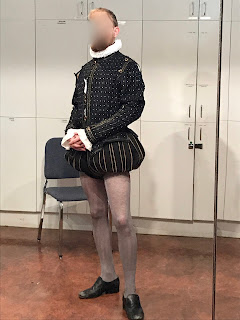 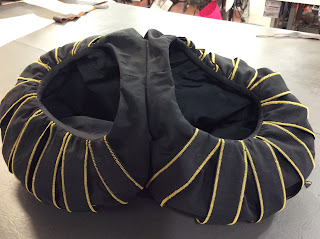 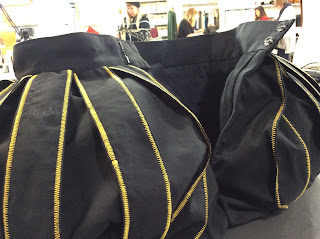 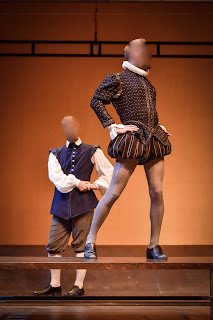 First, a little photo from this evening as I was walking home after work!
I love the light installations here in Montreal and especially these illuminated teeter totters at Place des Arts. They also make sounds as they are played on.
It is so much fun to see so many people enjoying them.
There was a Christmas craft show at the maison Durable, vendors there were selling crafts made from recyclable materials, a Christmas Market at Place des Arts, with outdoor vendors of crafts and food, and the souk à SAT across the street from us with local craft and food and artisans showing their work. It is all very festive. 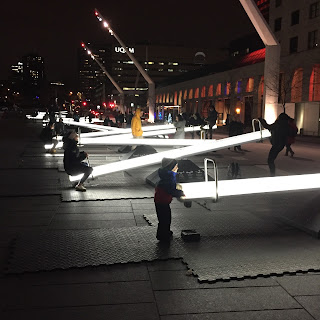 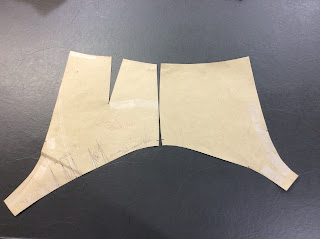 I am going back from the last post to show you the base pattern for the short trunk hose. I need to take out some fabric below the seat in the back, either by gathering or darting ( I am already into the fabric so I have to make it work from where I am at now) 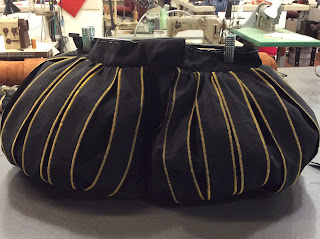 This is the base, with some netting applied and the paned pleated fabric draped over top, and put together for a fitting.
I basically constructed an inner trouser base, and an outer trouser, and melded them together. I slip stitched the paned layer to the base at the fly front (yes I put a zip fly into these) I made sure the waist seam allowances of the outer layer turned down at the waist so the waistband itself is nice and flat. The two layers are then caught together at the leg opening. I need to make an alteration, reducing extra fabric at the hem/leg line so I will probably gather that edge on both layers.
Then I think I will face the leg opening back with bias as a finishing technique.

I am struggling with posting using my ipad, so forgive the short posts and any horrible spelling mistakes.
I will post a fitting photo soon.
Cheers!