Oh my gosh, time flies.
I feel as though I have lost a month somewhere.

So back to it.
It is usually feast or famine in this business, and it is shaping up to be a bit of a feast year so far. This is good because last year was a bit lean in the fall. This fall as soon as I started on the current project, another one came along. That one will be interesting as I get to go and work in Montreal for a month, and I am really looking forward to it.

But, right now, I am moving forward on making three 18th century inspired costumes for a production. One is for a woman dressed as a man, but we are not trying to hide her shape. I rarely get to do women's wear, as there are lots of people who have that background and training.

I did feel a bit out of my element at first. Just the scale of the patterns felt unfamiliar and so small.
Of course when the patterns for the other costumes are for men with 48" chests or who are 6'5" tall  it doesn't help.
I made mock ups anyway because I didn't get a chance to measure the woman myself, and we were using the period as inspiration. The coat for the woman is ankle length and has almost 2/3 circle in fullness. It is going to take a lot of fabric, and I didn't want to mess up! 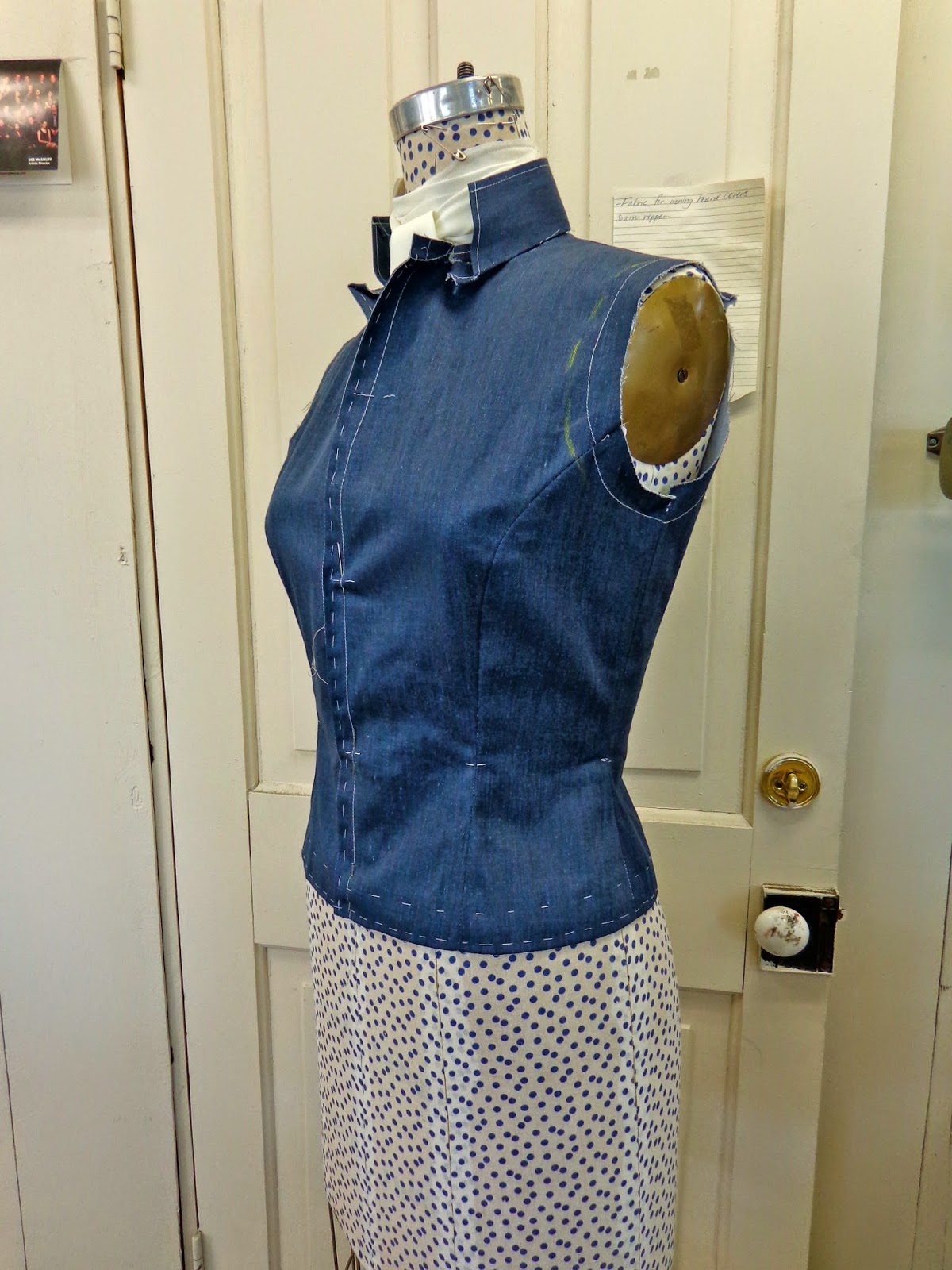 Here is my waistcoat toile after the fitting. I decided to offset the princess seam from the bust point so it was less obvious (in my mind anyway) but in the back, I used inspiration from the dresses and corsets of the period for my seam placement. The designer wanted lacing up the back which gave me that idea.


My judy is just a bit bigger and certainly less squishy than the real person, so the fit doesn't look optimal, but it was good. 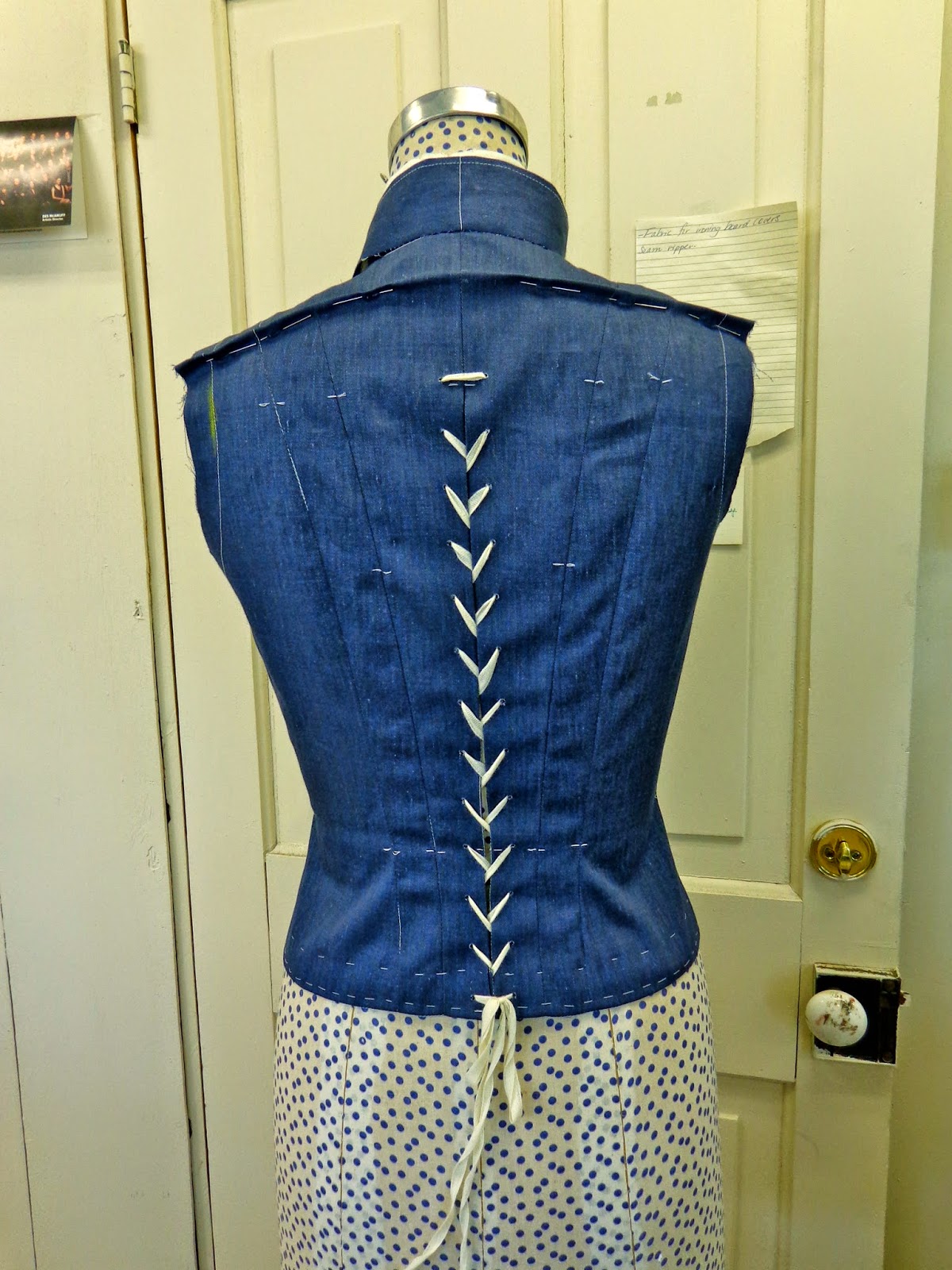 I did have to pin up some extra length in the back and reshape the armhole a bit and move the collar to account for the bulk of the shirt and stock/cravat that she will wear.

I think I may give the hem a bit better shape, it looks a bit blah, and it needs a pocket placement.

I like the back so much it reminded me of an idea I had years ago to make myself a similar waistcoat. never got around to it then and probably won't now either, but hey you never know. 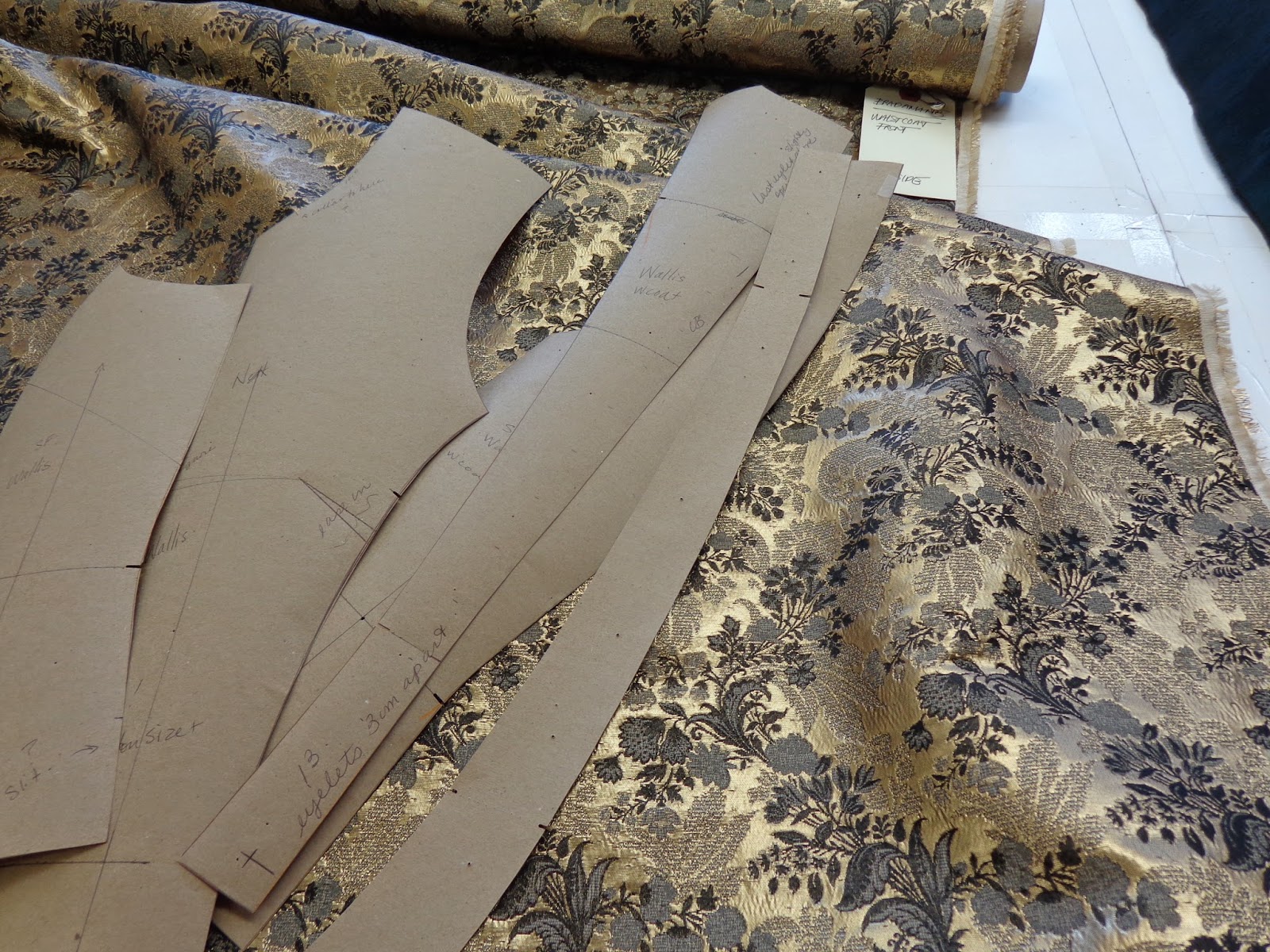 Now I have altered the pattern and just have to cut it out of this.