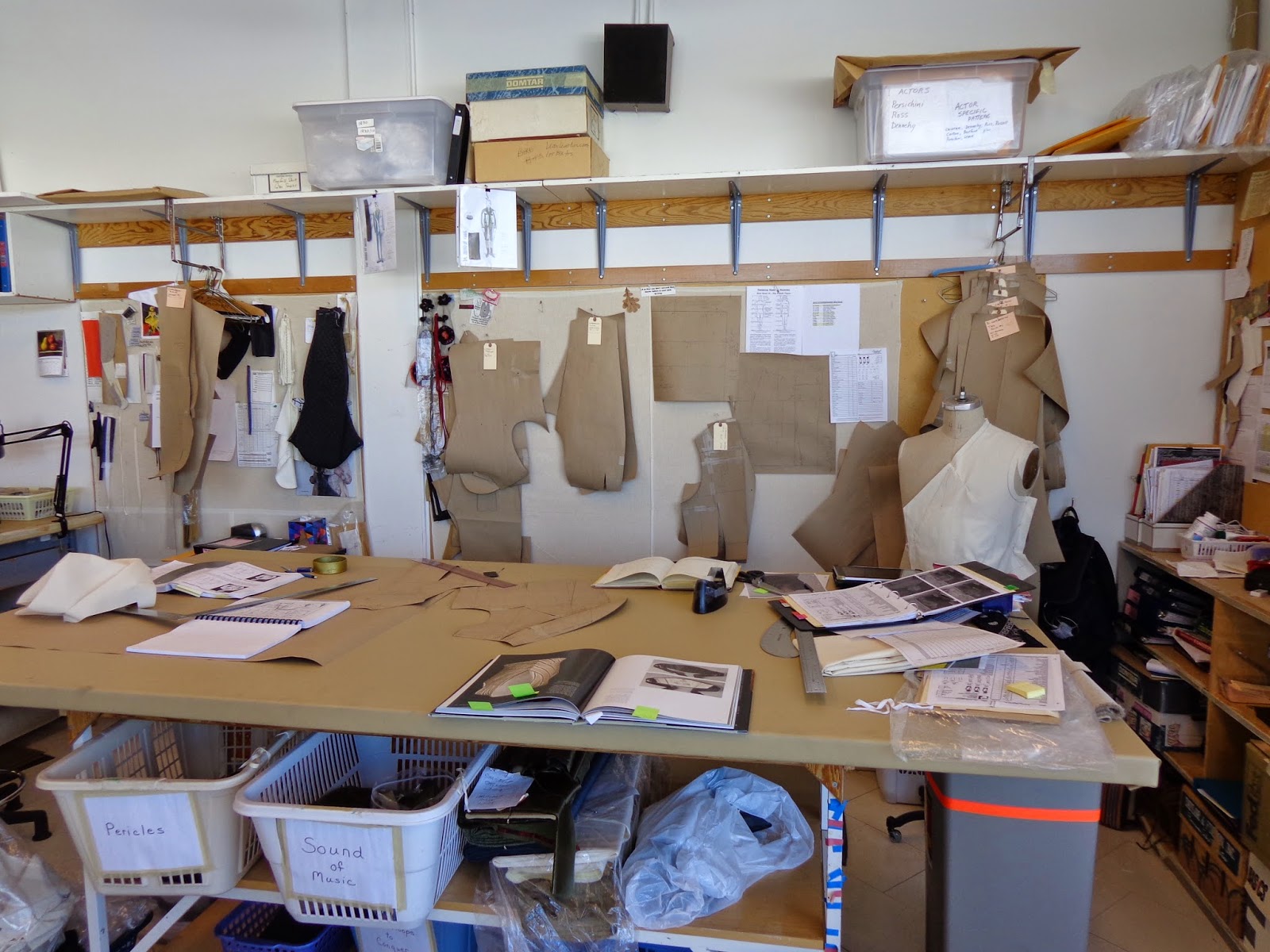 Here is this week's table picture- I started on some research for the Victorian waistcoats, and drafted one up, making allowances for the actor's shape. 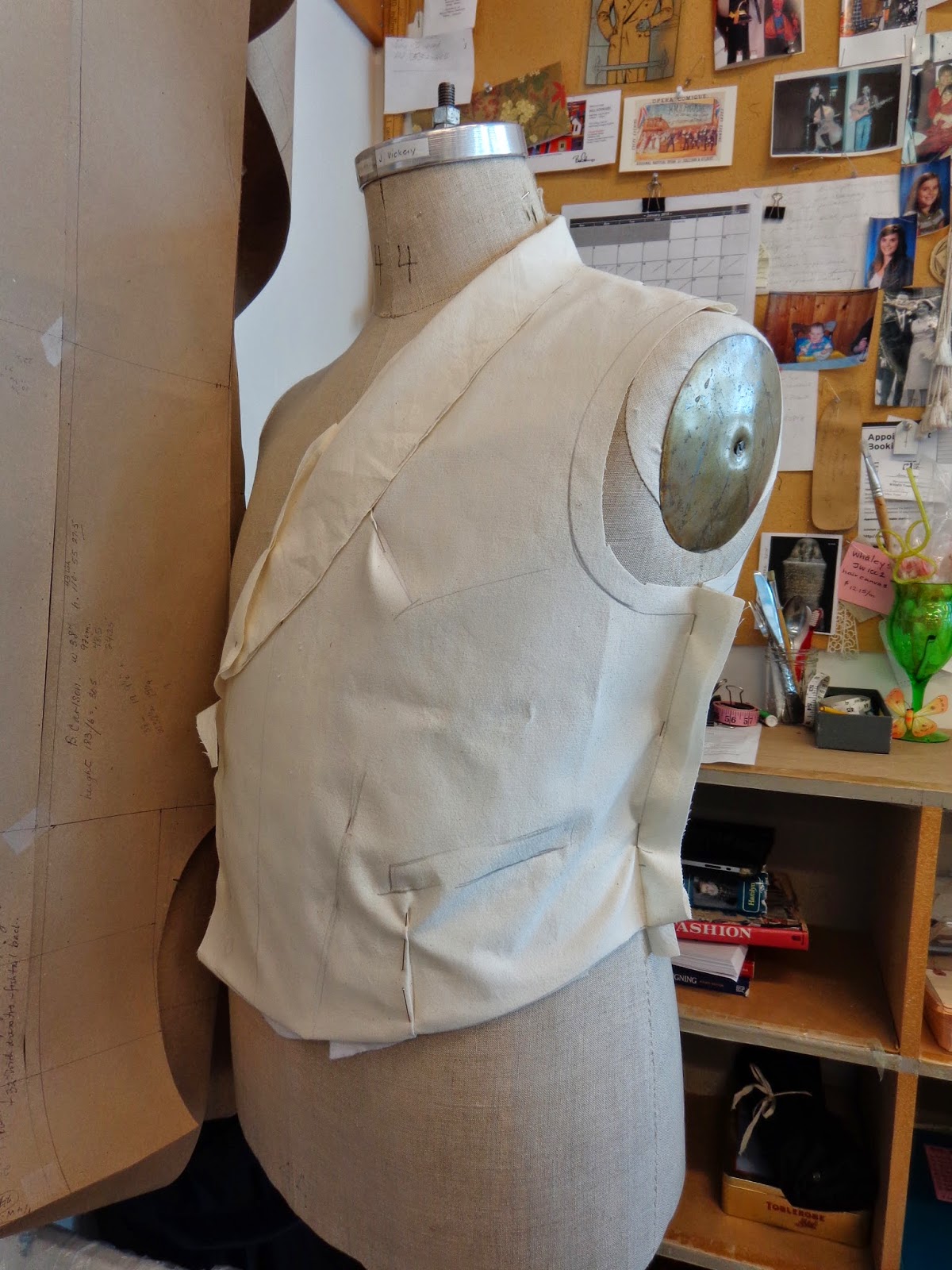 I drafted it up and then cut one half out of some scrap muslin to see if It felt right.  I think I should reduce the height of the shawl collar stand. I think this is going to be made in a brocade, of which I fear there is not enough.....I think I should raise the crossover point too, as the drawing shows the waistcoat showing when the DB frock coat is worn buttoned up. 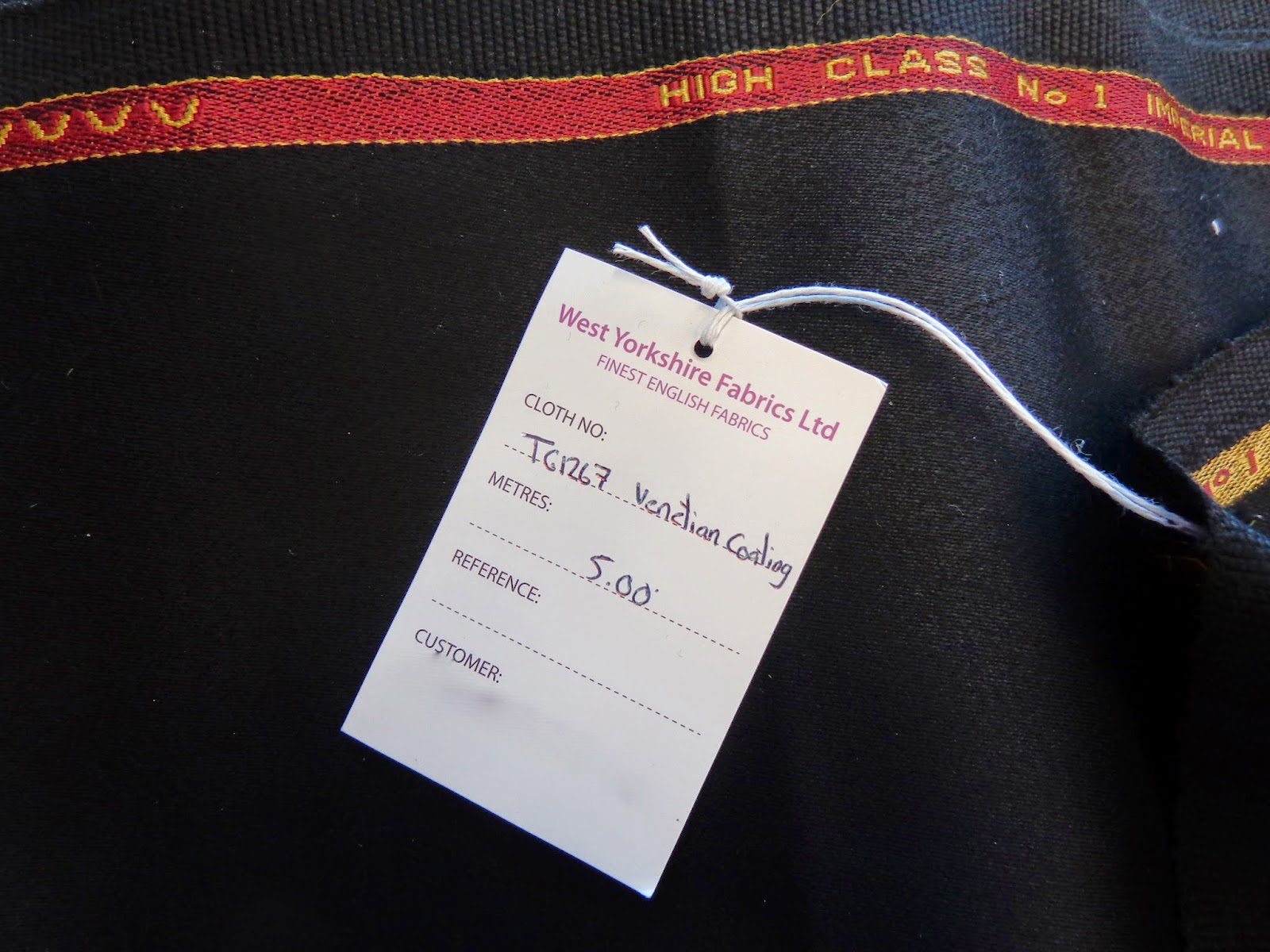 I do have the cloth for the frock coat and it is very, very nice- maybe even a bit heavy- I can't believe I am saying that - but after getting paper thin fabrics, the real deal feels more than substantial!

So progress is being made, but what I would really like is a fitting, as it all feels so speculative until you put it on a body. That should start to happen in another week and a half or two, so I am trying to forge ahead in the meantime. 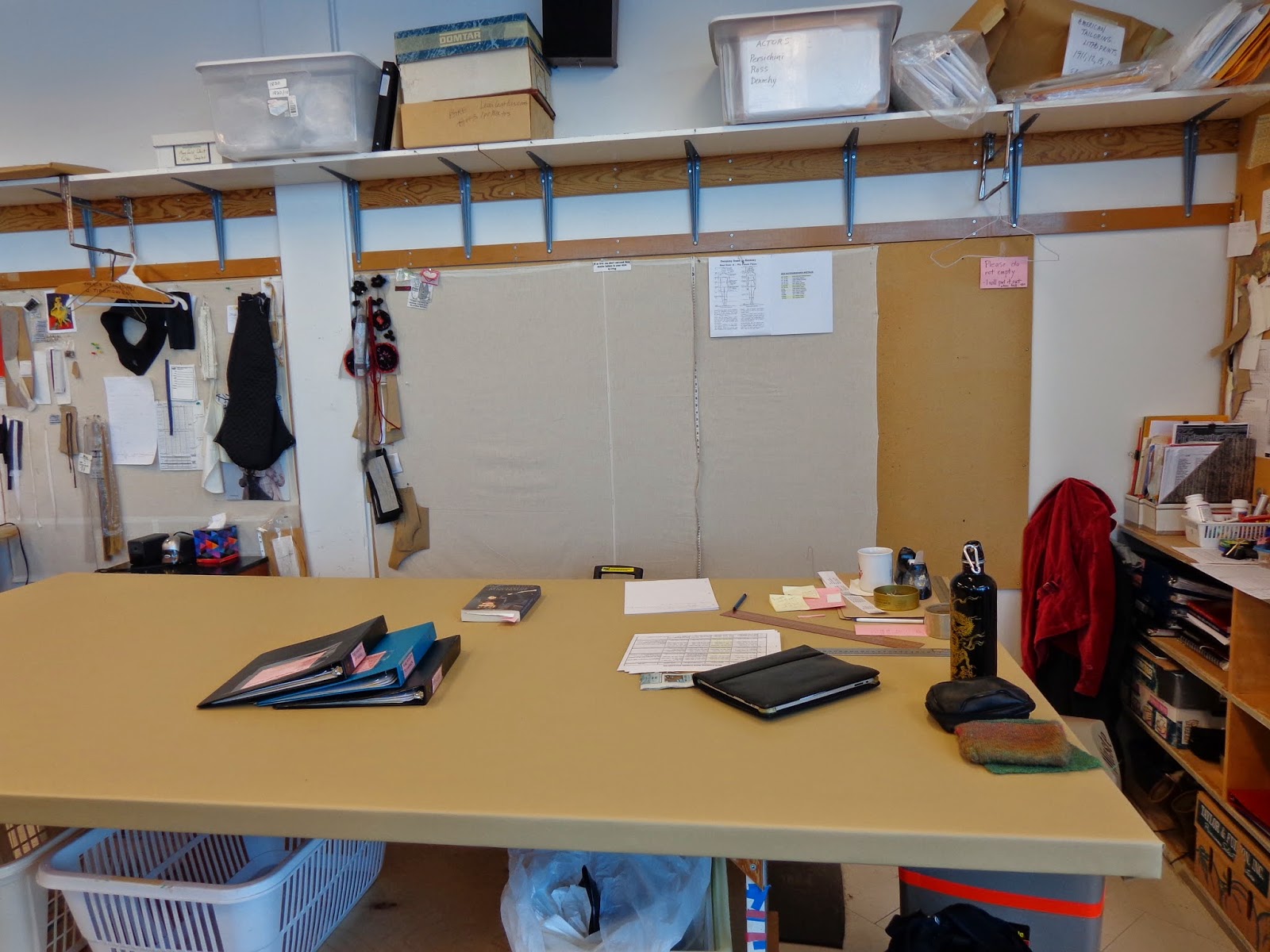