This was the view on Monday at the front of my table. Three of the five coats for the 18th century show are prepped after the fittings with their respective trim and buttons. That pesky cape is still there, and honestly, it was still in the same position on Friday. This show is on stage a week from today so I have to get someone to work on it next week- it has just come down to the wire. 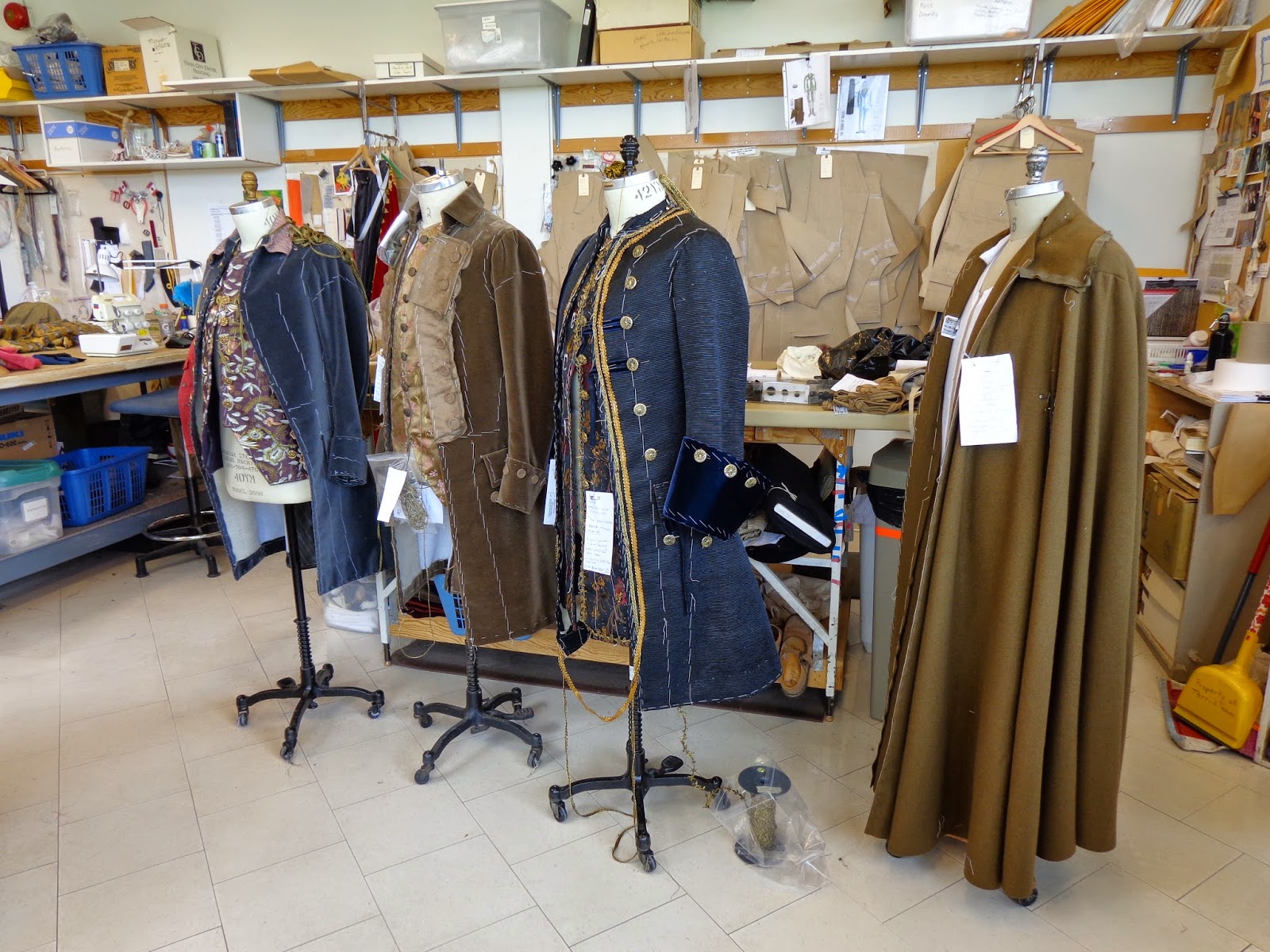 Now the view from the front looks in control but the view of my table is not. 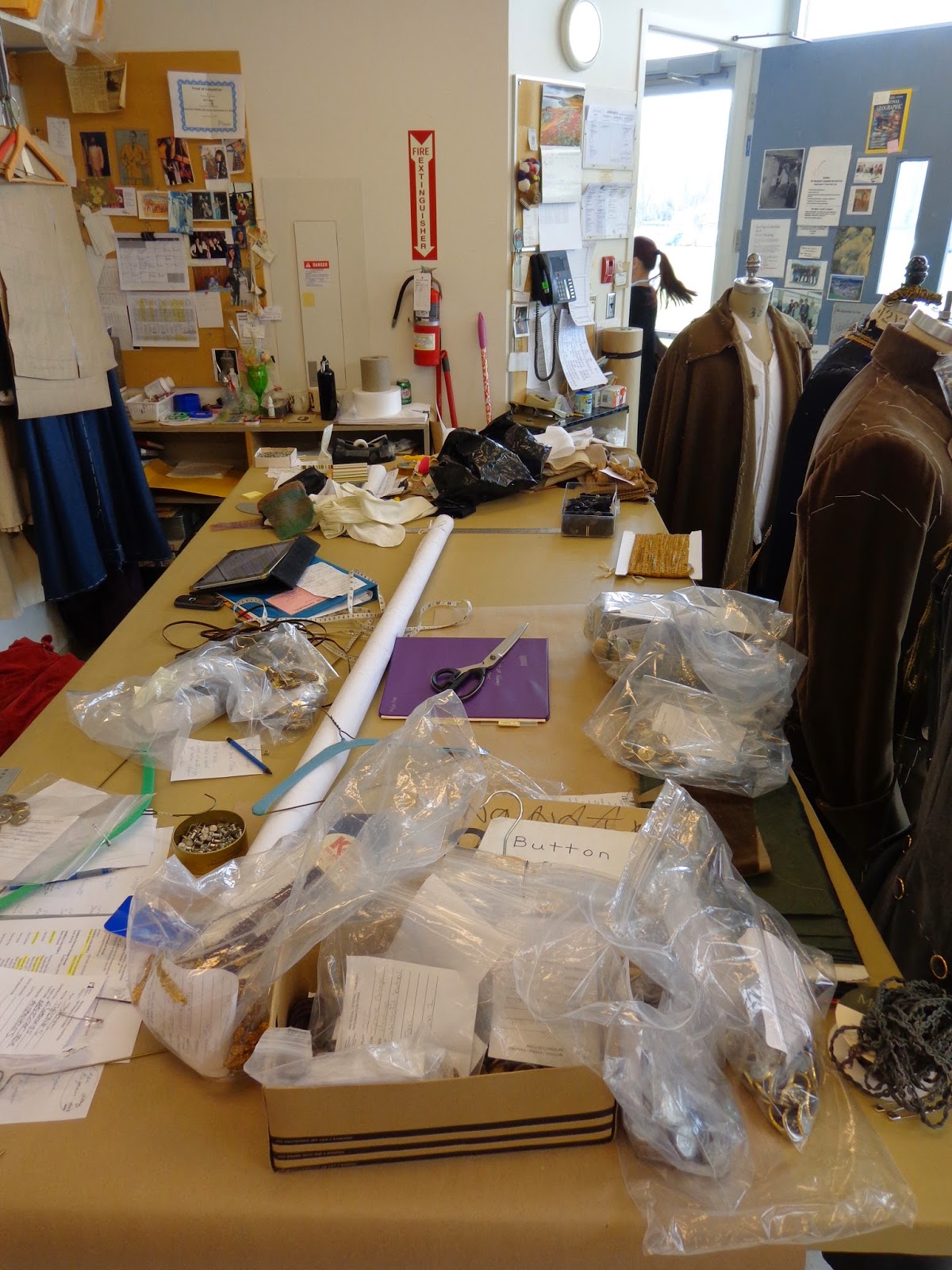 Bags of trim and buttons for all five coats, waistcoats and breeches were in the process of being dumped out, pinned on, discarded, confirmed, mixed up, reassigned, organized and kept track of all through the day. I did finally get some space cleared to actually cut something- it took a concerted effort to make sense of it all, go to other fittings, answer questions, and get out 19th century show on the racks for Wednesday.

Do you ever get to the information overload point? I sure did this week. At the end of the day I just felt the I couldn't make another decision- I was just out of answers. On that note, I am taking the week end off, and recharging because this coming week will be very busy. More on that later.