Well, I am a tailor for a reason.
I like like wool. I like fabrics with some body that don't slide off the table if you look sideways at them. So I was a bit apprehensive about sewing the chiffon of the prom dress.
So what happens often with the thing you fear the most is that it turns out to be not a problem at all, and so it went with the chiffon.
OK, the seams were straight grain which helps.

First thing I did was pull a thread to determine the vertical cut I was going to make. Then I measured the amount I needed plus an allowance for french seams, pulled another thread and cut.
Then I had to unpick some of the flowers so I had a clear area to seam the skirt.
I did a french seam. 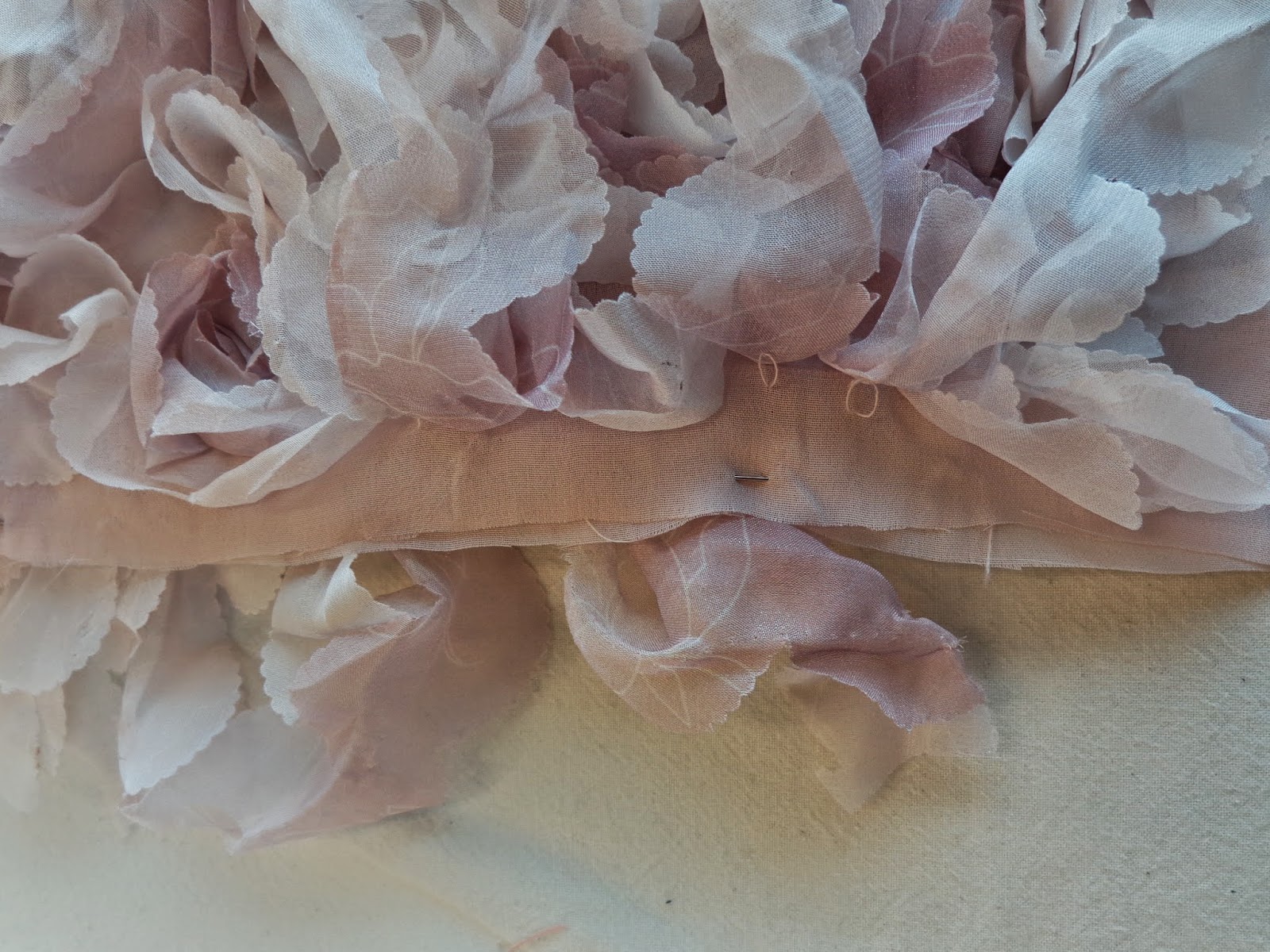 Once that was done, I marked a hem line on the underskirt as well as the chiffon layer and basted it in preparation for a bridal hem. (the chiffon was done on the straight grain so I didn't baste, just marked and pinned)

I am not sure whether this is a common technique anymore now that sergers are in widespread use. My colleagues offered two options of the same finish. One uses a narrow zig and the other a straight stitch. I chose the straight stitch version. 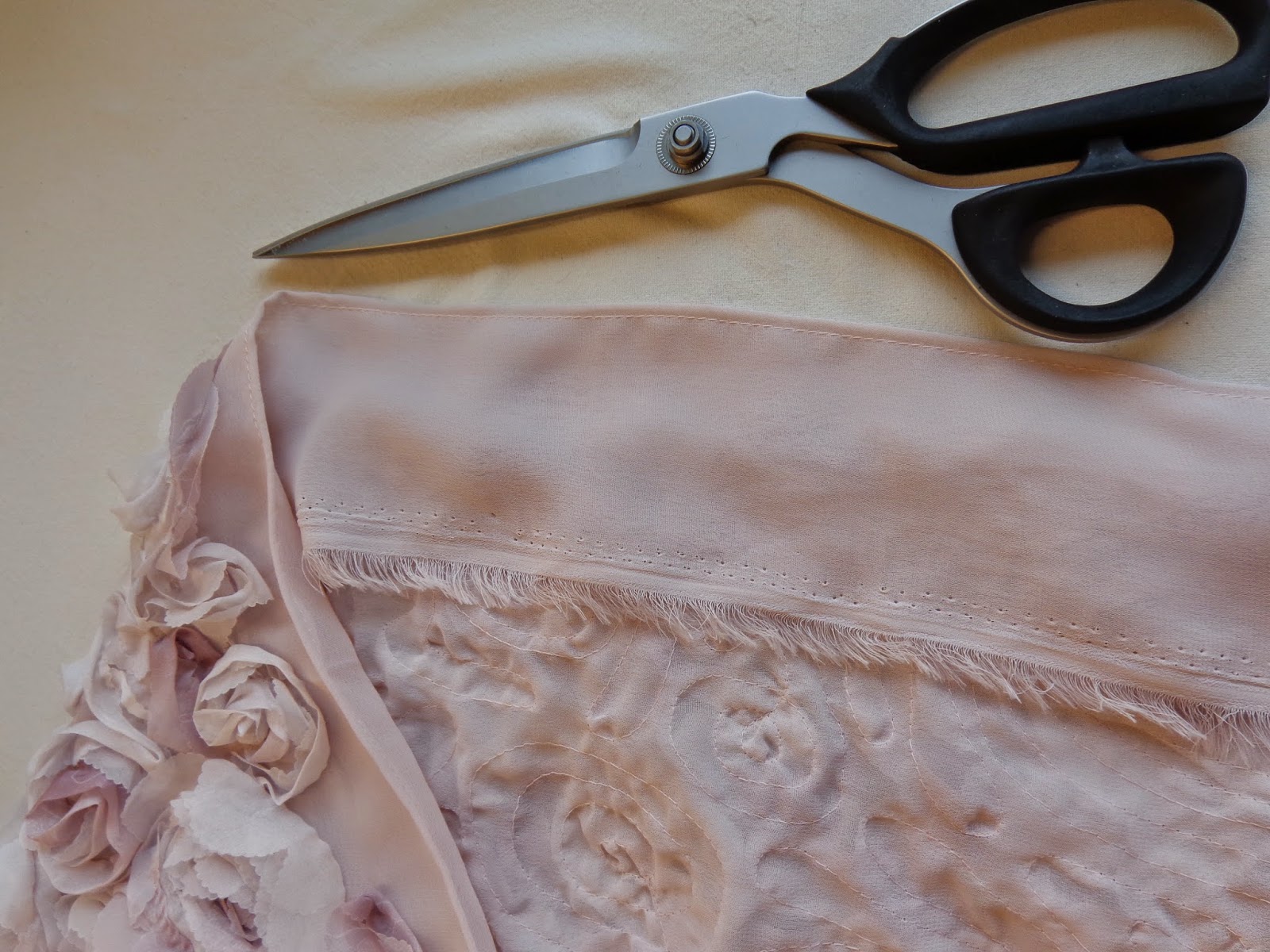 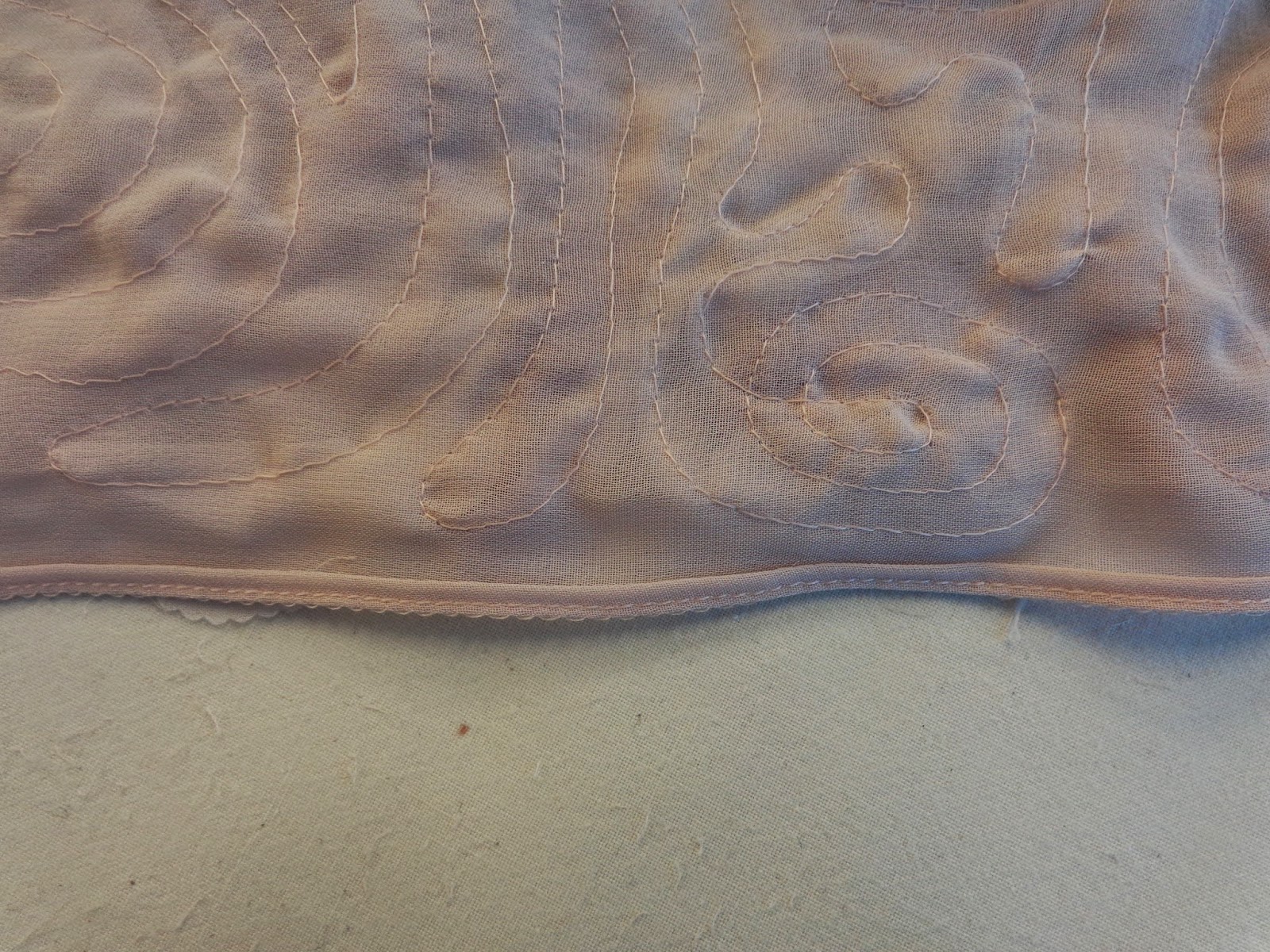 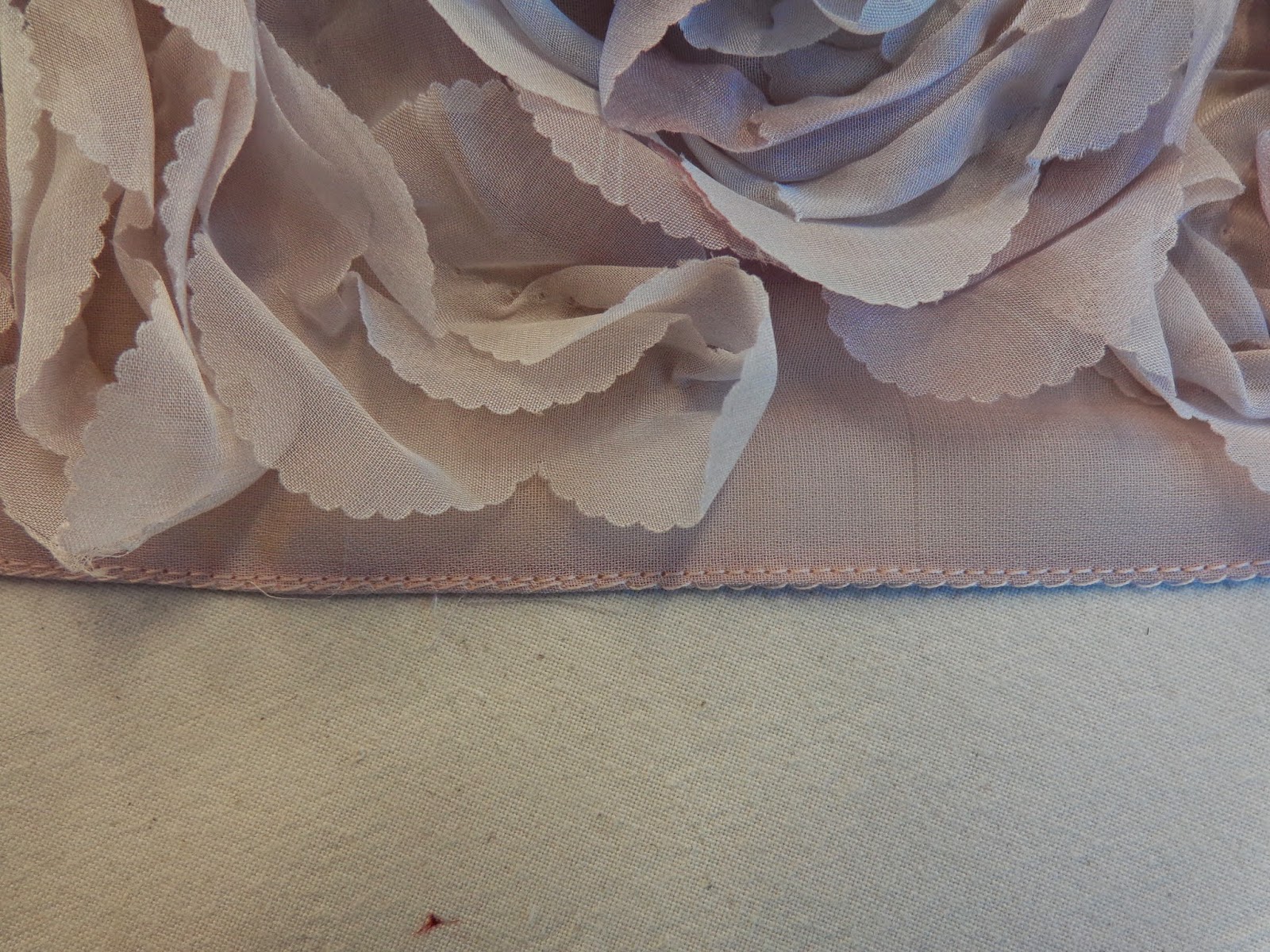 The technique in a nutshell: you turn up the hem allowance so the fold is about 1/8" below the hemline you want, then either zig or straight stitch through two layers on your basted line. Carefully trim away the excess hem allowance, right close to the stitch line you just did.
Now turn that folded edge up and stitch through the layers again, encasing the raw edge beside your first line of stitching.
It looks like this when it is done.
No lengthening after this so be sure that it is the hem length desired.


Oh, you need small sharp scissors (not like the ones in the photo) to trim close to your first line of stitching, and always go slowly and carefully when trimming!

Did I mention that the chiffon wasn't a problem?
I decided to pleat the waist rather than gather it, and up to this point it was all fine and dandy. I was feeling great until I started to pleat. It was like trying to corral a herd of cats.
That took some time (much longer than I planned as I did it twice), and a bit of cursing and required wine afterwards.
Sigh.